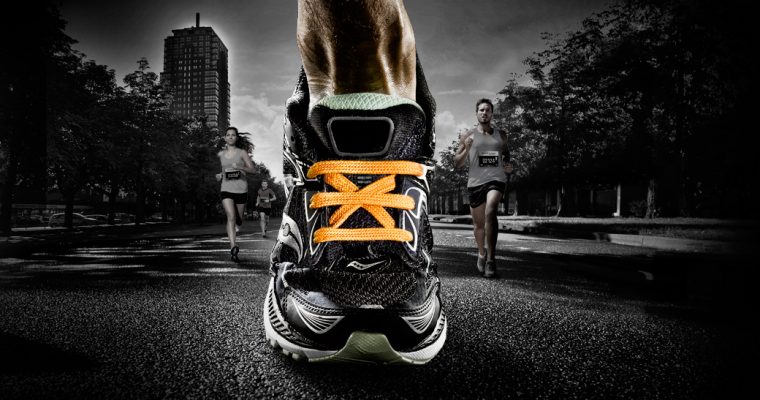 The road to Enschede (and beyond)

I haven’t been very mysterious about the fact that the Enschede Marathon on April 19, 2020 is an important goal for me. This may seem a bit odd: the difference between a road marathon and an ultramarathon mountain race is huge! Nevertheless the explanation is very simple and relates to the first principle of my training philosophy:
Principle 1: “fitness trumps everything.” 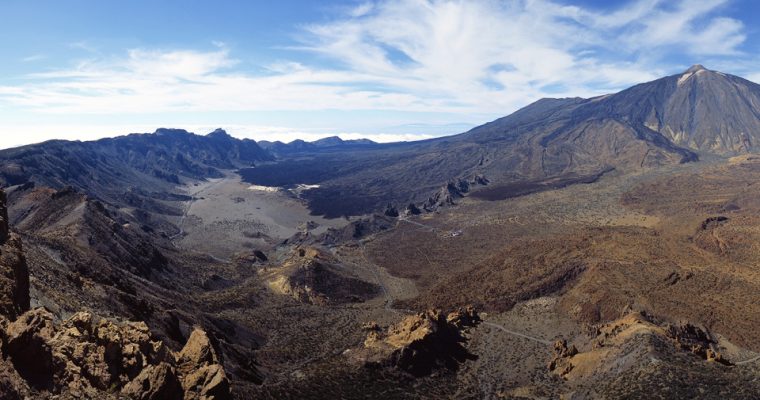 Up until now I’ve been rather vague about the 100 km trail race this endeavour is supposed to be leading up to. But from the very start I have known exactly which race it has to be. I think it’s primarily due to fear for enthusiastically telling about a goal that I might end up failing to realize that I kept it quiet. This is a bit strange though: if my desire is to push my own boundaries, the risk of failure is intrinsically present. That risk is what makes the challenge: I cannot take success for granted. The race that I set my sights on is far from easy, but extraordinarily meaningful. Time to show my cards here and share with you my dot on the horizon! 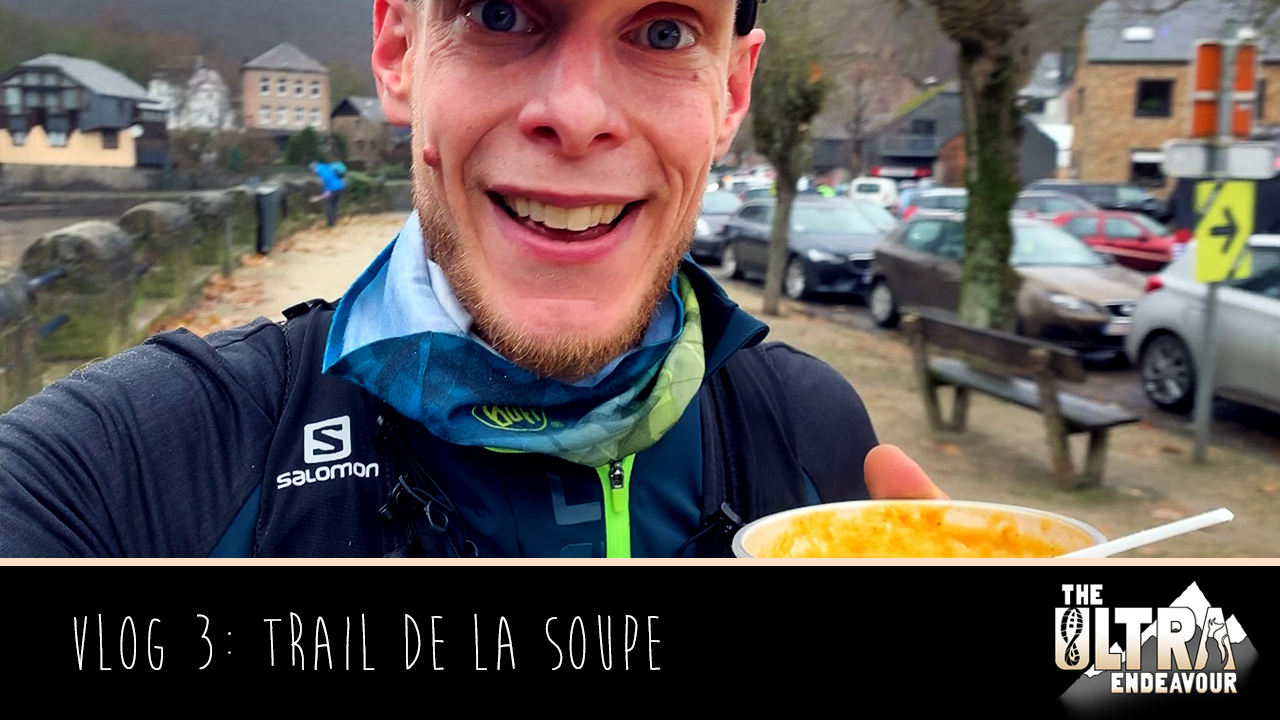 Last Sunday I ran my first ultramarathon: the Trail de la Soupe in La Roche en Ardenne. The 46 km course with 2000 m of vertical gain took me just over 5 hours to complete. Previously I’ve never run for more than 3 hours. It was good enough for a 10th overall place. Let me be very clear about this: I’m very happy with this result for my first ultra. Ahead of me finished only a handful of Belgians who can train in this kind of terrain. But it wasn’t a perfectly executed race. Far from, in all honesty. Below you’ll read four lessons that I’ve learned from the Trail de la Soupe. But first: a little vlog with some ramblings before and after the race!

Lesson 1: Pacing. I finished slower than I started (in comparable terrain), gradually my average pace decreased during the race. Put differently: I started too fast. The race took off with a climb of 250 m over 2,5 km and looking back at my heart rate data I pushed my level of exertion towards the lactate threshold. Much too high for a 5 hour race! This dug a big hole in my carbohydrate reserves, for which I payed the penalty later in the race. Four of the runners that finished ahead of me, made a slower start. The lesson: have more restraint in the first part of a race and trust that I’ll catch up with the overly enthusiastic starters at a later stage.

Lesson 2: Nutrition. I didn’t have my calorie intake dialed in well enough. To make a long, complicated story short (and overly simplistic…): during exercise muscles always burn fat. It’s a slow process, so it can only supply enough energy for relatively low levels of exertion. Higher levels require additional energy from the (much faster) burning of carbohydrates. The higher the intensity (and the caloric demand), the higher the relative contribution from carbohydrates. And this isn’t a linear dependency: around the lactate threshold the percentage that comes from carbohydrates rises dramatically. And the reserve is limited. You can run out: a ‘full tank’ of carbs contains about 1500 to 2000 kcal of energy (stored in muscles, liver and blood). For comparison: my body has more than 50.000 kcal stored in fat. A rough estimate of my energy expenditure during the Trail de la Soupe* is 4700 kcal, just over 900 kcal per hour. In one hour my body can absorb about 250 to 300 kcal from carbs in nutrition (consuming more would lead to gastrointestinal distress).

A quick calculation: in a perfectly executed nutrition plan I would have about 3000 kcal available from carbohydrates (and the rest from fat). That is 64% of the total energy expenditure and corresponds to a relatively low lever of exertions, far below the lactate threshold (and that is why my start was too fast and an inefficient use of my carbohydrate reserves). During longer races this percentage will be even lower and I’ll have to dial the intensity down more. And I’d pay a bigger price for a similar mistake…

But neither the nutrition plan nor the execution were anywhere near perfect. I didn’t succeed in steadily consuming 250 kcal per hour and therefore didn’t realize the best possible outcome. During the entire race I dispatched about 550 kcal (from carbs) via sports drink, cola, jelly beans (vegan, unfortunately a bit lower in sugar), bananas and an energy bar. That is only half of the target! The lesson: less emphasis on sports drink (the taste eventually raises an aversion), eat more banana at the aid stations and start experimenting with other sources of carbohydrates during training (like gels).

In this account on carbs I completely neglected hydration (and the related consumption of sodium). Not because it isn’t important (in fact both are much more vital to finishing a race than carbs), but because I believe I was fairly successful in consuming just enough of it during the Trail de la Soupe.

*based on the quick rule of thumb: 1 kcal per kg of bode weight per kilometer (on flat) and per 100m of vertical gain.

Lesson 3: Climbing. I am not good at running uphill. Several kilometers after the start of the race the big horde of runners falls apart in smaller packs of runners with approximately the same pace. It struck me already during the Montferland Trail and the Sint Pietersbear Trail and it stood out again this time: during the longer climbs I am relatively slow in my pack. During the descents on the contrary I am fast and make up for most of the lost time. Nevertheless this is detrimental: if a race course comprises 50% ascending and 50% descending, you’ll spend a significantly larger amount of time climbing, because it’s slower. So the biggest advantage is in becoming a better climber. It is no surprise that I am outperformed here by the Belgians with whom I ran: climbing stresses muscles in a genuinely different way than running on the flat and I hardly get to train it. The lesson: get more creative and find ways to train climbing (at grades that are specific to the goal race), both in running and in ‘power hiking’ on the steep sections.

Les 4: Mental toughness. When the mind screams that more running is impossible, it’s wrong. After a while pain and muscle fatigue inevitably start playing up. About 3 hours in I felt quite uncomfortable. I succumbed to the pain and I let my cadence drop and my running form deteriorate. Someone passed me and with (way too much) effort I dragged myself to my dot on the horizon: the second aid station. Here another two runners went past me. They didn’t stop to eat and drink, but grabbed what they needed to consume on the go. Determined not get overtaken again I ran the following 10 km to the next aid station much faster and with less effort. But in the finale of the race my tempo dropped again. I was running alone, with nobody to be seen ahead or behind me. Until out of the blue a runner passed me, and fast! Bloody f****** hell. In pursuit! Not much further a sign appeared along the road: only 2 more kilometers to go. Somehow it gave me the strength to switch up another gear: the final 2 km were the fastest of my entire race. The lesson: train a resilient, positive mind to keep running strongly when the going gets tough. Because apparently that’s possible.

So it was a very instructive race! Experience makes wiser. On a final note I think it is important to realize that these lessons are entangled: pacing will get easier when I get better at climbing and succeed at executing a good nutrition plan. And given the fact did I could still accelerate at the end of the race, my slowing down also had a mental cause. Am I dissatisfied with my 10th place? Hell no! But I know that with better pacing and nutrition strategies I could have been sixth. Add to that some proper training for climbing and mental toughness and it wouldn’t have been unrealistic to compete with the numbers 3 to 6. And that is great news: there is very feasible potential for improvement! 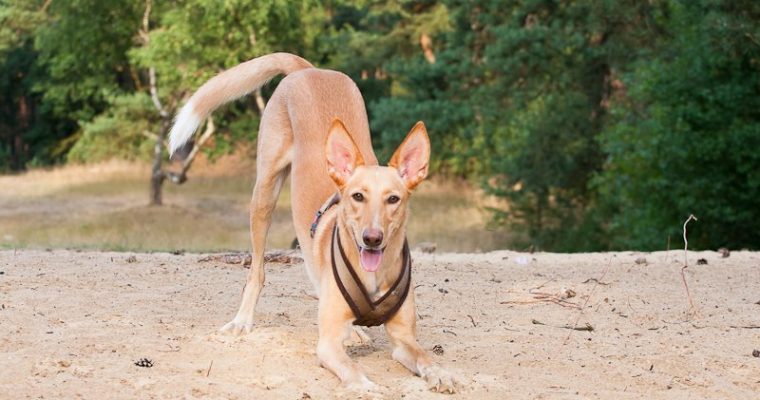 How does one end up living and sharing everything with four dogs with a total weight of 110 kg? Good question. Sometimes I wonder how an outsider would look at the live Michelle and I built together in happiness. I imagine we’re considered a bit of an oddity. It all started with Cash, nearly nine years ago.

Where did this all go wrong? An idea can as stubborn as the weeds finding their way between carefully laid out pavement stones, creeping to the surface time and again. Once a seed is settled, it is virtually indestructible, impossible to eradicate. When it began, where it rooted, seems impossible to trace. The idea to run an ultramarathon is in my head and doesn’t want to go away. And believe me when I say: that’s not for lack of trying to nip it in the bud…