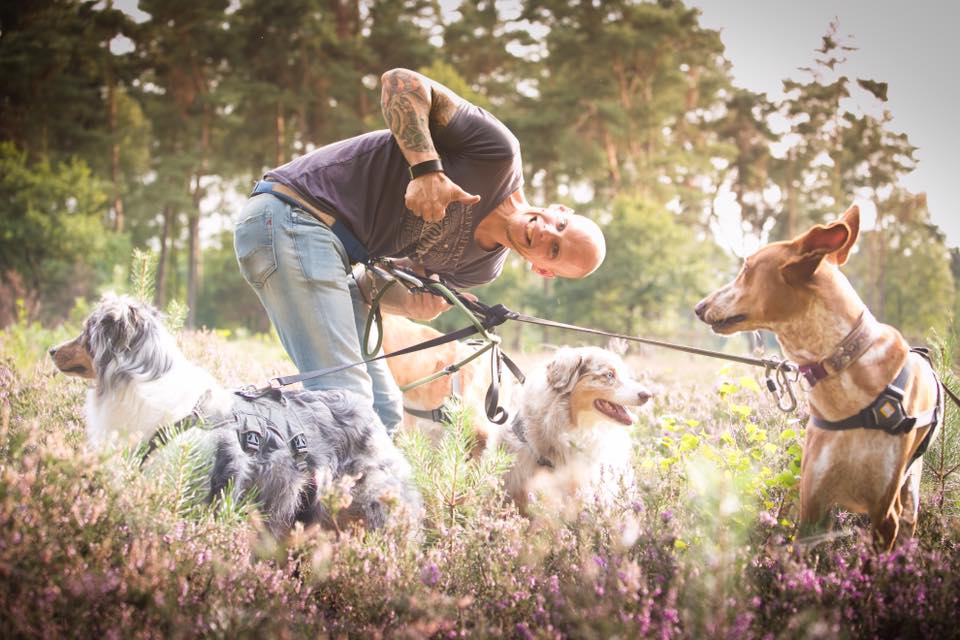 Where did this all go wrong? An idea can as stubborn as the weeds finding their way between carefully laid out pavement stones, creeping to the surface time and again. Once a seed is settled, it is virtually indestructible, impossible to eradicate. When it began, where it rooted, seems impossible to trace. The idea to run an ultramarathon is in my head and doesn’t want to go away. And believe me when I say: that’s not for lack of trying to nip it in the bud…

I bought my first pair of running shoes – a pair of Saucony Guides – in 2006 in the tiny sports shop that the University campus offered back then. I weighed nearly 100 kg and was resolved to bring that number down. Less French cheese and beer, more sweat. The ‘couch to 5k program’ turned out to be a harsh reality check. Two minutes of continuous running! My body obviously wasn’t built (or meant) for that. Who knew that two minutes could last so long? But I’m nothing if not pig-headed and after twelve weeks of sheer misery I could run 30 minutes straight and caught myself feeling something remotely resembling joy.

I kept running irregularly ever since. Sometimes thrice per week, sometimes with months in between. I discovered rock climbing and it got me training hard and dedicatedly. Running always remained supplementary, a means to maintain a basic level of fitness. 5k was fun, 10k above all quite far. Speed didn’t interest me at all. I dearly cherished the Dutch saying ‘hardlopers zijn doodlopers’, which is very ambiguous and suggests that runners will either end up dead or run into trouble.

Today – fast forward 13 years – I live together with Michelle and four dogs who coincidentally all enjoy joining me on a run through the woods, neither too far nor too fast. It is without doubt an efficient way to get them fatigued and satisfied (I’m talking about the dogs now, of course…). Other dog owners will probably be able to relate to this: somehow you enjoy them the most when they cuddle up against you tired and content, quietly making sleeping noises while four gently jerking paws relive the run in a vivid dream. I owe most of my running miles of the past year to my dogs and the many relaxed runs we shared in the nearby woods.

The first sign of me taking running slightly (and quietly) more seriously was the spontaneous scrutinizing of the wear and tear of my 13 years old pair of running shoes. The very notion that it may have debilitated their functionality and that I could potentially run better (and less injury-prone) in a new pair of shoes simply never occurred to me. Until March 23 this year. Shopping time! The tiny sports shop at the University campus had seized to exist though, the premises demolished to be replaced by student housing. The slightly autistic boy in me struggled to deal with this: I always bought my running shoes there! A store called ‘Non Stop Running’ in my hometown Hengelo seemed to be the most logical alternative. The owner – Frans – studied my old shoes as if they belonged in a museum, relics from an ancient past. Like an archaeologist he deduced their age. It was time for a new pair indeed, he confirmed. And so I walked out with a new pair of Saucony shoes. Trail running shoes. I already imagined myself running through forests and rocks with the dogs.

One run with two dogs followed by a walk with the other two became two runs. Then two runs became three, back to back. Three became four. And all of the sudden out of the blue the word ‘marathon‘ materialized inside my head, like a jack-in-the-box. To no avail I tried to suppress it, forget it, overwrite it, before after two weeks I dared saying it out loud to Michelle. It was inconvenient and irrational. A marathon is way too long for the dogs, takes lots and lots of training and dedication, will no doubt interfere with training for climbing and usually isn’t done in the serenity and solitude of forests and mountains. But the obvious challenge it posed had me tangled up in its unrelenting grip.

How it eventually clicked I cannot reproduce. It happened fast though, in the month of May. Everything fell into place when I stumbled upon the concept of ‘ultramarathons’: silly long races that penetrate deep into rugged, mountainous terrain, far from civilization. The appeal of the ordeal to participate and prepare for such an event was simply irresistible and I decided to share the long, tough journey and to give the suffering and sacrifice meaning by connecting it to a charity that is close to my heart. With newfound passion I threw myself into my runs and started educating myself about training for running. I read every article and watched every youtube video I could find. Inspired by a web page I’d left unclosed after a late night browsing session, Michelle bought me my new bible: ‘Daniels’ Running Formula’ from the legendary running coach Jack Daniels, of whom I’d never heard until the day before. It was a slam dunk.

Daniels’ book gave me all the knowledge and advice I needed to start performing different kinds of training sessions and to build a structured plan from them. On the first of June 2019 I recorded for the very first time in 13 years the length of a run. Since that day, I documented every lap, every training in a detailed log. Rock climbing faded into the background to realize a new vision. Denying is no longer credible: an obsession is born. ‘The ULTRA Endeavour‘ has begun.

Author: Sander
Filed Under: Uncategorized
Welcome!
This is Cash